GPS My Rattlesnake: A New and Exciting Research Project! 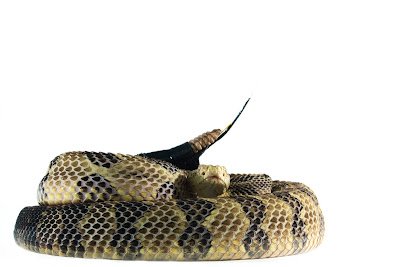 This is a re-post from a site created by Alex Bently (gpsmyrattlesnake.org), an aspiring herpetologist who has started an ambitious project that uses GPS technology to track rattlesnakes. He is hoping to secure more funding for his work. Please consider donating. All the information below was written by Alex and can be found on his project website.

The field of Herpetology was revolutionized in the early 1970’s through the use of radio-telemetry (Újvári and Korsós, 2000), which, for the first time, allowed biologists to gather long-term detailed data on animal life histories, including home range size, activity patterns, intraspecific interactions, hibernacula use, and thermoregulatory behavior (Nathan et al., 2008; Ward et al. 2013). Recent advancements in GPS technology, however, have provided biologists with an exciting new window into the lives of animals (Cagnacci et al., 2010; Recio et al., 2011; Tomkiewicz et al., 2010; Urbano et al., 2010; Ward et al., 2013). Due to size issues, GPS tracking has typically been limited to use with large mammals (Recio et al., 2011), but new improvements in miniaturized technology has opened even more doors for novel applications.


Admittedly, the unique body shape of snakes (e.g. long, cylindrical body and absence of limbs) poses unique challenges in attaching any external unit. Even so, biologists are beginning to experiment with this methodology and are finding some success (Ciofi and Chelazzi, 1991; Madrid-Sotelo and García-Aguayo, 2008; Wolfe unpub., 2016; Wylie et al., 2011). For example, Ernst (2003) used tape and 5-minute epoxy to attach transmitters to the rattles of Prairie Rattlesnakes. Other forms of attachment have been applied to the upper surface of snakes. However, no publications to date report the use of GPS tracking in any snake taxa even though this methodology has great potential to again revolutionize snake field studies, it just needs to be tested.

The Timber Rattlesnake, Crotalus horridus, has been a model organism in numerous studies (Clark, 2002). In fact, C. horridus was one of the first snakes species to be studied using radio-telemetry (Brown et al., 1982; Galligan and Dunson, 1979). This large-bodied pitviper snake is native to much of the eastern United States, and can be locally abundant sometimes occurring in great numbers at communal den and gestation sites. Throughout much of its range, individuals emerge from hibernation between the months of March and May, and remain active for five to seven months, with males spending their active season foraging for prey (mainly small mammals) and searching for mates. Females reproduce every three or four years (Martin, 1993) and during reproductive years they gather at gestation sites known as rookeries. These rookery sites, as well as hibernacula, are selected by snakes based on various geographical features such as aspect, slope, proximity to human disturbance, rock formations and more.

Researchers have found a high level of specialization in these snakes. For instance, individuals use chemical cues to track rodent movements and foraging locations (Clark, 2004; 2007). Furthermore, snake foraging positions and locations are specifically selected based on these chemical cues. So while most people think of snakes such as the Timber Rattlesnake as small-brained, “hard-wired” creatures, as we discover more about the complex functions and secretive lives it’s becoming clear that these snakes are highly sophisticated and specialized on many levels.

Moreover, C. horridus is a key stone species where it is found, playing a critical role in the ecological function of various habitats. Complex relationships have been noted between the presence of gypsy moths, cycles in oak mast production, variation in rodent populations, and Timber Rattlesnakes (McGowan and Martin, 2004). Crotalus horridus is an apex predator responsible for maintaining ecological equilibrium. A number of factors, including their ecological importance, physiological specialization, and relative wide spread abundance make the Timber Rattlesnake an appropriate organism for a wide range of ecological and biological studies. Furthermore, Crotalus horridus, should be an organism apt for testing the viability of GPS tracking in snakes. 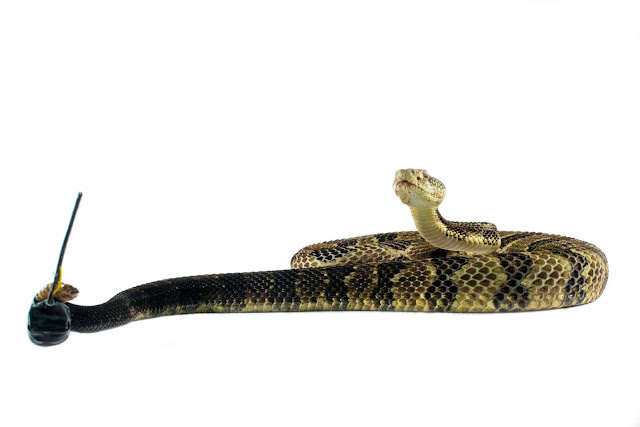 Radio tracking still produces valuable data, however advances in technology have provided other tools for wildlife tracking that have the potential to resolve some limitations of telemtry. Among these, the use of GPS has emerged as a viable option for wildlife tracking. (Cognacci et al. 2010; Tomkiewicz et al. 2010; Ward et al. 2013). GPS tracking has several advantages over radiotelemetry. One such advantage is continuous data transmission through a number of mediums (cellular, bluetooth, and wi-fi). Moreover, the ability to obtain position time series data representing movement paths affords biologists more data and greater insights into the spatial ecology of organisms (Nathan et al. 2008). Position time data can now be obtained from a distance without disturbing the animals being tracked. Some GPS units, such as those that I will be using, have a “smart GPS” function, which logs position time data only when the animal moves a specified distance! The possibilities for field based applications are endless with this type of technology.

Automated receiving units (ARU) have been used as an alternative to radiotelemetry in several snake studies, but have, in some cases, reported estimated accuracy of positions to 42 meters (Ward et al. 2013). Furthermore ARU is extremely expensive and can produces unreliable data as a result of “postural” changes in snakes and more.

Currently, GPS has been miniaturized to the point of telemetry, and thus is an option for  tracking much smaller animals. This method has  been applied to various mammals and birds (Tomkiewicz et al., 2010), however very little GPS tracking has been done with reptiles. Ashleigh Wolfe, a Ph.D. student at Curtin University, recently tested GPS tracking on Dugite snakes and experienced relative success in obtaining data (Wolfe personal correspondence, 2016). Wolfe implemented an attachment technique following that described by Ciofi and colleagues (1991), who also successfully gathered data from snakes with externally attached tracking units (radiotelemeters in this case). Ernst (2003, 2004) attached radio transmitters to the rattles of Prairie Rattlesnakes, Crotalus viridis. Rattle attachment is not a novel technique, but it’s never been done with GPS transmitters! GPS has the potential to once again revolutionize the field of wildlife biology. Now that the technology exists, the next step in snake tracking is to incorporate GPS.

To support the project visit:
https://www.indiegogo.com/projects/gps-my-rattlesnake/x/13534193#/

I will be graduating with my Ph.D. this spring, but that doesn’t mean I will be done working on the squirrel-rattlesnake system. One aspect that deserves further attention is plasticity in ground squirrel venom resistance—in other words, does resistance to rattlesnake venom change within a squirrel based on its environment?  First, let me give you a quick recap.

California ground squirrels, along with many other small mammals that are preyed upon by or that eat venomous snakes (woodrats, mongoose, opossum, honey badger), have evolved innate resistance to venom toxins. Resistance consists of proteins that circulate in the prey’s blood. These proteins latch onto different types of venom toxins in different ways, thereby inhibiting the negative effects associated with envenomation: hemorrhaging, tissue digestion, and disruption of blood pressure. There are some common misconceptions regarding venom resistance in ground squirrels, which I will dispel here.


Now that we have that out of the way, onto new and exciting work! To date, we know little about the presence or pattern of variation in resistance within or among prey populations because most studies focus on the molecular basis of venom neutralization. This means that we don’t know what’s going on in the wild—how does the environment affect venom resistance? All we really know is that squirrels’ ability to withstand envenomation varies among populations depending on rattlesnake density (squirrels from high snake density populations are more resistant than squirrels from low snake density populations), and that squirrels are better able to fight off the venom of their local rattlesnake species than foreign species. But what about within a population? Is resistance effectively the same for all squirrels within a population and does it change over time?


These are some questions I am interested in answering. In 2013, I collected some preliminary data as part of a collaborative project I am doing with Matt Holding in the Gibbs Lab at Ohio State University. I drew blood from several of my study subjects, which we already had data on their behavior and stress hormone levels (measured as fecal glucocorticoid metabolites). We first found that individuals significantly differed in resistance levels: some had high levels of resistance whereas others had low levels of resistance (one squirrel had basically no resistance at all). The question emerging from this finding was, why? Why are some squirrels “better” than others?

So I dug deeper into my data and found an interesting negative relationship between stress hormone production and resistance, meaning that squirrels with higher stress hormones were less able to withstand envenomation. This seems like a logical finding as we often see animals having compromised immune function when they are stressed, although venom resistance is not part of the immune system.

This was an exciting finding, but we can’t really make any grand conclusions from it because we need to determine whether this pattern persists over time. To find one correlation at one point in time doesn’t mean much because stress hormones are constantly changing; for instance they regulate both daily and annual rhythms, and fluctuate based on perceived or encountered challenges. Furthermore, our finding suggests that resistance could be a costly defense to produce. If it is costly, do squirrels reduce venom resistance levels during times when it is not needed? Rattlesnakes mainly feed in the summer in temperate climates, whereas squirrels can be active throughout the year, so I wonder whether venom resistance is lower in winter when snakes are not a threat. Stress hormone levels change seasonally in squirrels so could they be responsible for altering venom resistance levels too?

Thus, I went back to my field site after Christmas to collect data on stress hormones (measured as fecal corticosterone metabolites from squirrel feces) and venom resistance (measured from blood samples). I assembled a team of some of my good friends to help me out: Lauren who was one of my field assistants in 2013, her girlfriend Stephanie, and my friend from college Francesca. We were an awesome girl-power field team that rocked at trapping and bleeding squirrels. Because it was so cold, I was initially worried that the squirrel activity would be low and we would have a hard time trapping, but we ended up doing quite well! We trapped a total of 13 unique squirrels over 5 days (we lost one of these days to rain), and we were able to successfully get both fecal and blood samples from 12 of these individuals. One squirrel I had such a hard time drawing blood from, even after repeated attempts, that my collaborator determined it must have a heart two sizes too small (and I agree it was a Grinch).


Now all that is left to do is process the samples to get numbers. I work with Dr. Jennifer Smith at Mills College in Oakland, whose lab will extract and assay the fecal corticosterone metabolites, and Matt Holding at Ohio State University, who will measure the inhibition of snake venom proteins from the squirrel blood serum. We hope to see another negative relationship between stress hormone levels and resistance, and to see lower levels of resistance at this time of year. Cross your fingers for good results!

Bree
Welcome! My name is Bree Putman and this blog is from my Ph.D. work when I was in the Joint Doctoral Program in Ecology at San Diego State Univ. and UC Davis. I studied the predator-prey relationship between rattlesnakes and ground squirrels in California. This blog has posts about rattlesnake biology, ecology, and behavior. I summarize what I’ve read from the scientific literature into what I hope are posts that are enjoyable and easy to read for my audience. Sometimes I write about other snake species and the adaptations snakes’ prey have evolved to defend themselves against predation. I also post on my field experiences and share findings and videos from my research. Feel free to browse and enjoy!